A GDC-registered Specialist in Endodontics (GDC no: 67780), Rohan qualified from the Royal London Hospital Medical College in 1992 gaining BDS (University of London) and LDS (Royal College of Surgeons, England).

In the years since graduation, Rohan has maintained an ongoing commitment to continuing professional development, which led him to enroll on the Certificate in Restorative Dentistry at the Eastman Dental Institute in 1999. His interest and passion for endodontics during this course allowed him to enroll onto the prestigious MSc programme at the Eastman Dental Hospital. The MSc in Endodontics was successfully completed in 2001 with distinction. Since this period, Rohan has devoted his practice solely to endodontics. Rohan devotes his clinical practice as a specialist endodontist at multi-disciplinary specialist referral practices in London and 33 Beaumont Street, which he joined in 2004.

Rohan carries out all aspects of endodontic treatment and uses an operating microscope for both non- surgical and surgical procedures. 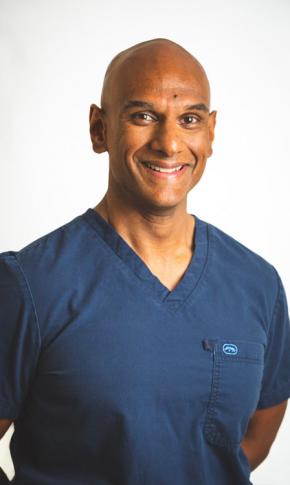