Clifford graduated from Newcastle University in 1981. After appointments in various university dental departments, and some time spent in the Oral & Maxillofacial department of a general hospital, Clifford lectured in Periodontology for six years at the University of Dundee. Between 1993 and 2000 he ran his own private practice in Heidelberg, Germany, and provided specialist periodontal services to a number of private practices in Heidelberg and Munich, Germany.

In 2001 he returned to the U.K. and now limits his practice to periodontology

Clifford considers post-graduate education to be extremely important and has attended, and continues to attend, instructional courses in periodontology as often as possible.

Outside dentistry Clifford has found time to complete a post graduate diploma in Law at the University of Nottingham. 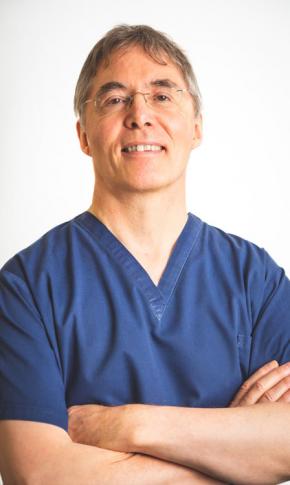